The top ten issues affecting the animal kingdom are:

Climate change is head and shoulders the top concern for animals. We are all familiar, by now, with the plight of the polar bear. But hundreds of animal species are at risk from changing weather. Climate change is not just warming the arctic home of polar bears and penguins. It has also depleted snow in areas where animals depend on their winter white fur to camouflage them against the white backdrop.

Climate change has fucked with animal migration. When the weather is inconsistent, birds and other migrators don’t know when to depart. Where climate change has disrupted breeding habitats, it has the potential to decimate an entire species in one generation. 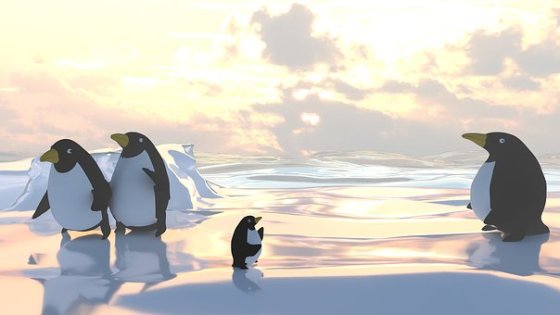 What you can do: Drive a hybrid or all electric vehicle, limit travel, drive instead of flying when possible, ride a bike or walk to nearby destinations, eat fish and chicken instead of red meat. Eat vegetables instead of fish and chicken to the extent you are able. Insulate your house and lower your energy bills.

Some people would say that human overpopulation is the problem. But humans could have expanded their population while sharing space with animals. The problem is urban sprawl and development practices.

Instead of keeping the footprints of our houses small and building up instead of out, we chop down twenty trees just to build one McMansion. Then we pave half an acre for a driveway and parking pad.

Every time you chop down one mature tree, you are destroying the breeding habitat of twenty bird couples. Paving destroys any number of box turtles, lizards, and frogs.

What you can do: Limit your family to two children. If you are building your dream house, build it on two levels, take down only the trees you need to build, don’t put in a yard, create a white rock driveway and parking pad. Consider hiring a LEED certified builder to build your house to LEED standards.

An albatross caught on a longline

Dragnet fishing, especially bottom trawling, is a disaster, plain and simple. It wipes out every animal in its path, including endangered turtles, whales, dolphins, and any number of other species that are not edible. Longline fishing also comes with a catastrophic by-catch of sea birds and turtles.

What you can do: Hook up with community-supported fisheries. Don’t buy any fish on the endangered list. This list changes frequently, so stay up to date on the most threatened fish species to inform your shopping choices.

Where invasive species have been introduced, they wipe out the local wildlife. The invaders eat all the food or they simply dine on the more fragile species that occupy that habitat by right.

What you can do: Fish for carp and green mussels, and throw back all native species. If you like to hunt, kill and cook wild pigs. 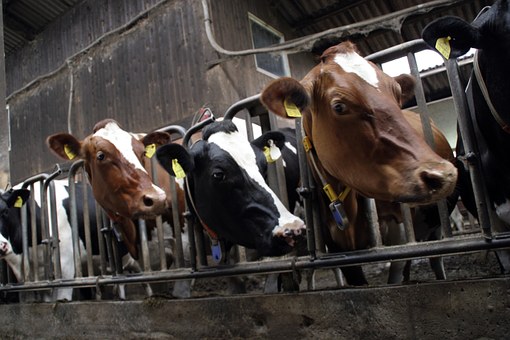 There’s no getting around the fact that corporately farmed chickens are handled with extreme cruelty. They are confined to extremely small spaces, injected with hormones, and fed only on cheap grain. Many farmers cut off their beaks so they don’t peck each other to death.

But the evils of farming don’t end there. The methane produced by cows is a major contributor to climate change. The run off from farms pollutes waterways where it kills wildlife.

What you can do: Buy organic, free-range eggs and chickens. Buy your meat at farmer’s markets. Eat more veg and less meat, especially red meat.

Overbreeding pets is a problem for the pets themselves and for the wildlife they destroy when they go wild and live outdoors. Dogs who run wild will kill everybody from turtles to baby alligators to frogs, lizards, and even birds. Cats do the same, and they’re particularly adept at killing birds.

What you can do: Spay and neuter your own animals. If you are feeding outdoor cats, take them to the vet and have them spayed or neutered. Make your cats indoor-only cats, and provide toys and other environmental enrichment to keep them happy.  If stray dog is terrorizing your neighborhood, ask the police to pick him up. If you find a friendly stray, take him to the vet, foster him, and then sell him to a good home on Craigslist.

Eastern wolves used to roam the entire United States from the Atlantic coast to the mid-west. We have obliterated this species which is now only seen in remote parks of Canada. Eastern big cats, especially the panther, have also been decimated.

In the United States, taking out predators has meant that we are overrun with deer who, in turn, eat too much native vegetation. Other animals need that vegetation or they die of starvation.

What you can do: Don’t encourage fear mongering about a wolf, big cat, bear, or alligator that needs to share your neighborhood. Put up a fence to protect your children and pets. Encourage re-introduction of native wolves and big cats. 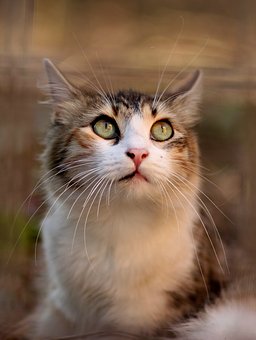 According to the ASPCA, “Each year, approximately 1.5 million shelter animals are euthanized.” That’s a lot of animals dying unnecessarily.

What you can do: Spay and neuter your own animals. If a dog or cat strays into your yard, take him to the vet and get him fixed. Train your pets to behave so that you don’t have to surrender them to a shelter. Try to purchase a rescue animal rather than go to a breeder. Don’t buy a dog from a pet store, unless it is a rescue animal.

9. Destruction and displacement of service animals

Then these brave and loyal beasts are rounded up in trucks, and their men are likely never to see them again. Some of them are commandeered by high-ranking military guys who work in elegant offices all day and never have to face a moment’s danger. Others are euthanized, against the will of the men they fought with.

What you can do: Tell your state lawmakers that you demand better retirements for retired military and police dogs. When a soldier has applied to adopt a dog, that bond should be held sacred, and the adoption should take place immediately. Demand complete transparency on the fates of decommissioned military and police dogs. Demand therapy and re-training for dogs with PTSD.

Many animal experiments entail needless suffering, and the aim of the research may well be unrelated to human welfare. For example, there was an experiment that involved sewing shut the eyes of kittens. The purpose of this experiment was to study the effect of sensory deprivation on the kitten brain.  Obviously, this has nothing to do with making sure heart surgery on children is done safely and successfully.

What you can do: Call your local university and ask them what animal experiments they are conducting. If they are pointlessly experimenting on animals, let the local media know about that.

If you need proof of evolution, it’s happening before our eyes.

Snowshoe hares living in Washington State historically turn white in winter to match the snow that used to be on the ground. This winter camouflage made it hard for predators, like wolves and cats, to see them.

This bunny is camouflaged!

In the spring, when the snow melts, these same hares turn brown. Now they still blend in with their surroundings.

But climate change has obliterated snow in many parts of the world which were always snow covered previously. A portion of hares quickly adapted and they remain brown all year. But other hares, who still turn white, are in trouble.

And this bunny is camouflaged!

Their white fur against a dark backdrop makes them highly visible. Climate change has turned them into sitting ducks. A white hare’s chance of surviving the winter drops seven percent every week that he stays white. The best hope for these hares is to mate with brown hares and give their offspring a better chance of inheriting the year-round brown gene.

But this bunny is in trouble.

If you don’t care about hares (yes, I hear somebody saying, “It’s just a rabbit”), please know that the lynx species depends on hares for dinner. If the hare population crashes, the lynx population will starve and also crash.

Unfortunately, we don’t live in Zootopia where all animals live without fear of other animals. In our world, a rabbit is still prey.

Super cute. But, in our world, still dinner. 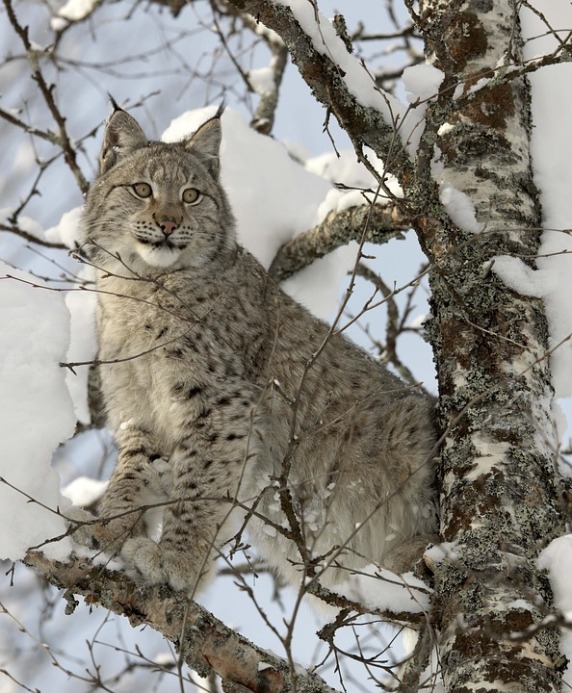 And this kitty needs her dinner.

The survival of snowshoe hares depends on humans. We must maintain large enough ranges that the adaptive hares can pass their genes to the still-white hares. And then we must pray that they hurry up and evolve.