These are the things I love about millennials from pretty awesome to most awesome.

10. They put the salt in the wrong shaker.

Salt and pepper shaker makers are still confusing us with one shaker that has one hole and another shaker that has four or five holes. Miss Manners, the putative expert on manners, says that’s the way to do it. It’s worth noting that she was born in 1938, not a boomer, but from the time that set the rules, according to boomers.

Meanwhile, millennials grew up fearing salt. Salt will give you heart disease, high blood pressure, dehydration. Fearful baby boomers taught their kids, the millennials, that salt is a great evil and forgot to teach them how to load the shakers. So, now when I go to a restaurant and try to salt my food, pepper comes out, and I know that millennials have filled the shakers. Bless them for cutting back my sodium intake and using logic and reason rather than bowing to convention–or asking directions. 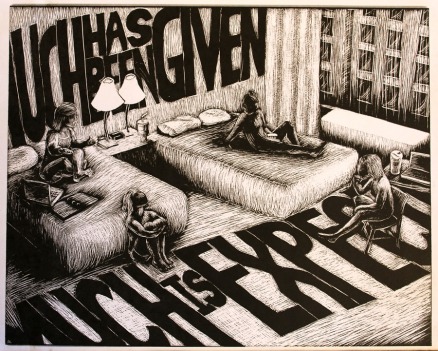 9. They still love their parents.

This is nothing short of a miracle, as any baby boomer still mad at his parents should know. So what if this new generation lives with mom and dad until they’re twenty-nine?

My first apartment was a cockroach infested, garlic smelling nightmare. My immediate neighbors were all getting high. Why should anyone subject herself to that if she still gets along with her folks?

Meanwhile, baby boomers are busily enabling their adult children to live with them by remodeling basements to be self-sufficient quarters with their own living area, a second kitchen, one or two separate bathrooms, and a separate entrance. You don’t do that if you want your kids to move out, so stop bitching about their lack of independence. Millennials who live at home as grown ups have a much lower carbon footprint. That means they’re making much less of a contribution to climate change than I did at that age.

And let’s be honest. I didn’t move out because I was so into independence. There was just no living with my mother.

8. They defer children and get a dog.

There are so many things to love about this, I don’t know where to start. Dogs, of course, have a carbon footprint, but not by any means a footprint equivalent to a new human being. Experts have assured us that millennials just don’t have the money for children. When did that EVER stop any previous generation from making babies they couldn’t afford? We should all applaud any group of people who realize that making new humans is a huge, daunting, and morally dubious enterprise. 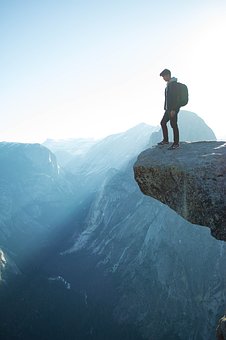 7. They don’t want their grandparents to be poor.

This little fact blew my mind: Sixty-one percent of millenials want NO cuts to Social Security benefits. Meanwhile, “51% of Millennials believe they will get no benefits from Social Security and 39% predict they will get benefits at reduced levels,” according to research coming out of the Pew Research Center. The majority of millennials, in other words, are willing to keep paying into a system that benefits their grandparents but may never benefit those paying into it from their early twenties. By any metric, that makes this the most compassionate generation ever. Not so narcissistic, after all.

6. They’re hesitant to give everything to their employers.

This manifests a lot of different ways, from the famed Google napping pods to unlimited vacation time to comfort animals in the workplace, elements unheard of in any previous generation. I’m pretty sure millennials invented the word “flextime.” Or if they didn’t, it was someone desperate to employ them.

Millennials, unlike boomers, are quite confident in their ability to find another job, whether they quit or are laid off. That makes them less susceptible to bullying. And employees who can’t be bullied make a better workplace for all of us. A few boomer researchers have grudgingly admitted that millennials have improved the workplace for all of us by making unheard of demands and also assuming certain rights like the right to check your smartphone or log into Facebook at your work computer.

Watch that scene in “The Good Wife” where Diane tells a young colleague that she has been chosen for mentoring. The first words out of the girl’s mouth are “Is this going to add to my work hours?” And then she launches into a monologue about how she doesn’t want to sacrifice yet another boyfriend to work. We, the viewers, are invited to see this from Diane’s point of view and sigh “Millennials!” But let’s take a look at it from another point of view. Who decided that work is more important than a good relationship?

When you get sick, who is going to take care of you? Your boss, or your husband? When you develop symptoms of liver failure, who is going to roust you out of bed and take you to the hospital and not let you curl up in a corner and die? Okay, maybe this is my story, but my point is: Millennials are right to prioritize life partners, and even their dogs, over their jobs. Millennials gave us work/life balance. Let’s all be grateful.

5. They gave us President Barack Obama.

And then they re-elected him. Obama did many good things that never really made a media sensation (like cracking down on predatory lending). Shhhh! Don’t tell Trump!

4. Most millennials voted for Bernie Sanders or Jill Stein or Hillary Clinton.

In other words, they recognized that we had three good candidates in the recent race for United States president. Some people argue that a vote for Jill Stein was ultimately a vote for Donald Trump. But whose fault is it that we have a stale, boring two-party system that forces us to choose between two candidates we don’t trust? Whose fault is it that we don’t have a thriving Green Party as they do in Europe? Pretty sure that’s my generation’s fault.

3. They didn’t invent the Hummer.

Somebody thought it was a good idea to invent a civilian car that looks and acts like a military vehicle. And people bought it. They went grocery shopping and picked up their children from school in something like an army tank. This, I am sad to say, was my generation. Millennials, by contrast, have driven the market for electric cars and hybrid vehicles. Since irresponsible transportation methodologies have made the largest contribution to climate change, one is tempted to say that millennials are saving the world without even really making an effort.

2. They ride bicycles and push for bike lanes.

Every time I see a new bicycle lane crop up, I thank a millennial. Millennials see bikes as a mode of transportation, not just as a sport that has nothing to do with your day-to-day life. Northwestern University credits millennials with driving the movement to make Chicago the most bike friendly city in the U.S. Millennials also drove cities to put in shared bike programs. You know, those rows of bikes that you can rent for an hour or a day. Millennials have figured out that bikes are often a lot faster than public transportation AND cars, if you live in a city like Chicago where traffic is at a near constant gridlock.

Fire up Netflix, and there’s a good chance you can find a documentary about a millennial or two building or buying a tiny house. The classic tiny house, 110 square feet on the bottom with a sleeping loft above, can save you money on your house purchase, save you money on taxes, save you money on insurance, and save you money on utilities. These houses have been adopted by people who don’t want to be slaves to a mortgage. Cancer survivors, who want every minute of their remaining lives to count, have been known to move into tiny houses so they don’t have to work eight hours a day. In my town, Louisville, KY, you can sell a house that is only 600 square feet–fast–if it is up-to-date and energy efficient.

Not everyone is cut out to live in 200 square feet. But the tiny house movement has made everyone see the beauties of a smaller, more efficient living space. This lovely option has been brought to you by the millennial generation. Let’s have a round of applause.